Bitches are routinely neutered (spayed) to reduce the risk of pregnancy, the inconvenience of seasons, and to avoid false pregnancies. The health benefits include the avoidance of uterine infections (pyometra – develops in 25-30% of entire bitches and has to be treated by an emergency hysterectomy when the dog is older and sick) and dramatic reductions in the incidence of mammary tumours. Although spaying a bitch is a major piece of surgery it is frequently performed and the risks are low. We will spay small breed bitches before their first season at around 5 months old providing there are no problems. If the bitch has had a season we wait til she has been out of season for 3 months and that any associated false pregnancy has resolved before spaying. There are NO health benefits for a bitch to have a litter before neutering. It just increases the number of dogs for which there is no suitable home.

Large breed dogs will be better having a season before they are spayed as incontinence in later life is more common and more of a problem in larger breeds. There may also be other benefits of waiting for a large breed dog to have compleed most of its growth prior to neutering. Young bitches that appear abit nervy and anxious may be better waiting to be slightly older and more settled before neutering. You can discuss with the vet when would be the best time to spay your bitch. Juvenile and adolescent bitches seem to recover from this surgery quickly but we advise lead exercise only until after suture removal.

Male dogs can be neutered (castrated) if they are inconveniently male – run off, show aggressive or dominant behaviour, urinate in the house etc. Many male dogs are perfectly well behaved and do not need to be neutered.
Some conditions that develop in later life require male dogs to be neutered as  part of their treatment (eg testicular tumours, prostate problems); these are not as common as some of the conditions seen in elderly entire bitches. There is a greater tendency to gain weight in the castrated dog and this must be controlled. Using a pet male dog to father a litter as a one-off is not recommended; it can often lead to the previously well behaved male dog exhibiting inconveniently male behaviour (i.e. mounting everything/ urinating in the house) leading to it having to be castrated.

If you are considering having your dog castrated then make an appointment with the vet to discuss the pros and cons for your dog.

Both male and female dogs that are neutered as usually discharged the evening of surgery.

Cats have to be neutered otherwise there will be more kittens to home than the cat charities and rescue shelters can cope with. Cats are extremely efficient breeders and an adult female cat will be either pregnant, lactating or trying to get pregnant.
An entire female can get pregnant from 4 -5 months of age and have more than one litter of between 1-8 kittens per year. Half of those kittens will be female and be just as efficient at reproducing!

Tom cats produce very smelly urine and are more likely to spray urine in the house. They also roam and are more likely to get lost and end up as stray cats. They have a greater tendency to fight getting more and more beaten up as they get older and are at risk of contracting some of the untreatable blood bourne viral diseases such as leukaemia and FIV (the cat version of AIDS). Neutering a male cat automatically
doubles its life expectancy.

Male and female cats are neutered from 4 months of age.

Preoperative instructions can be found here

We advise the spaying of female rabbits as there is a high risk of gynaecological cancers in female rabbits once they are over 4 years of age. Some entire female rabbits seem to be very affected by their hormones and are less grumpy and easier to handle when spayed. We spay female rabbits from 5 months of age. Rabbit spays are more likely to stay in for a night post operatively as we need to ensure that they
are eating before being discharged.

Male rabbits need castrating if they are to live with other rabbits. They will obviously get a female companion pregnant but can also fight severely with other male rabbits inflicting life threatening injuries. We castrate male rabbits from 4 months of age providing that the testicles are palpable. 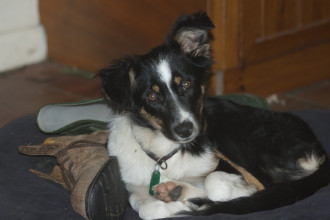 Emergency service available at all other times.

Our emergency service is there for you at any time

Make an appointment with us today